Hit enter to search or ESC to close

When impact gets measured, what works can grow

The Constellation Fund develops and uses an evidence-driven framework for assessing the impact of poverty-fighting programs in our community. By utilizing analytics to harness the best available information, we power each of our grantmaking decisions with objective insights to help maximize lifetime impact. 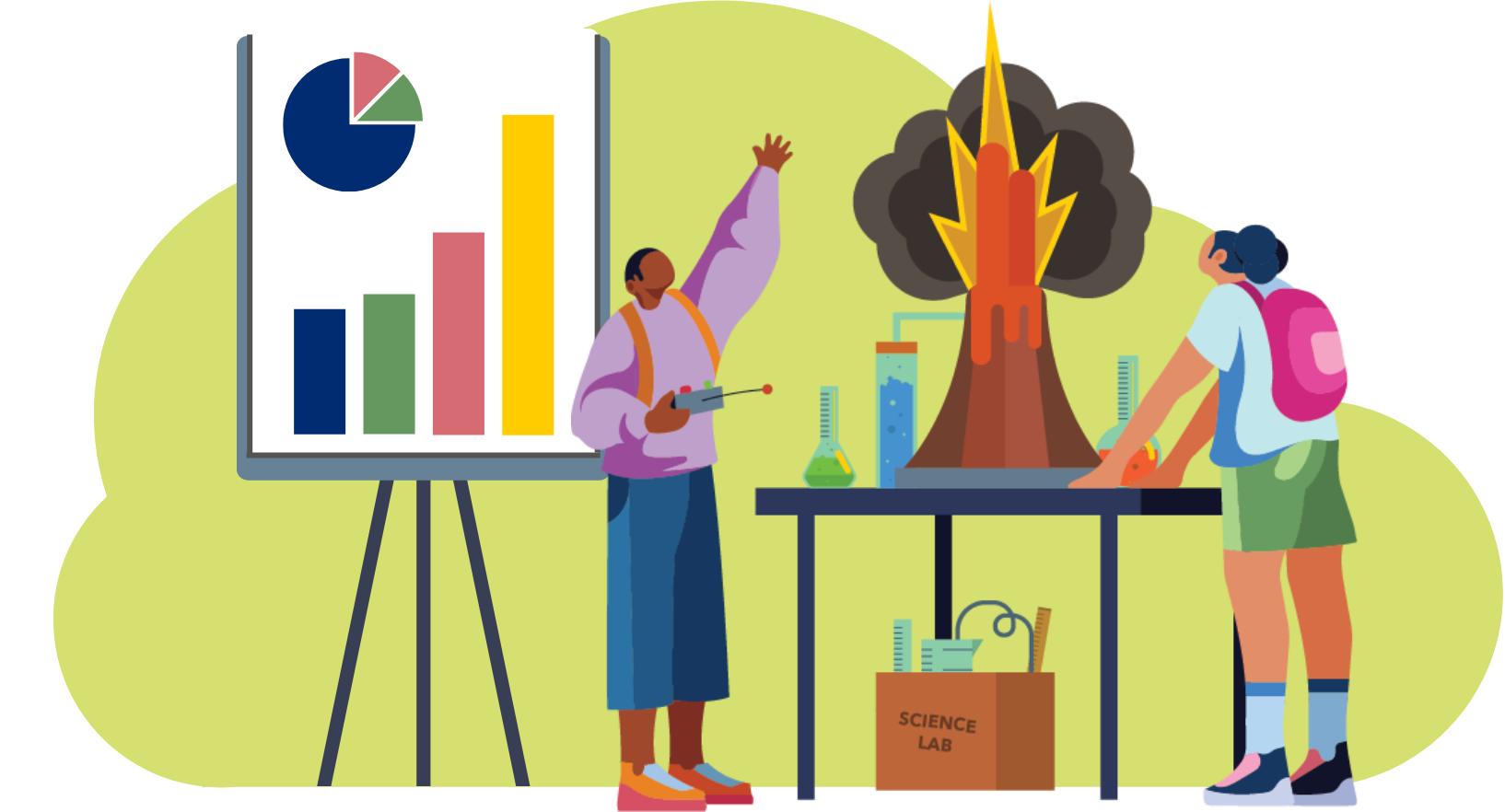 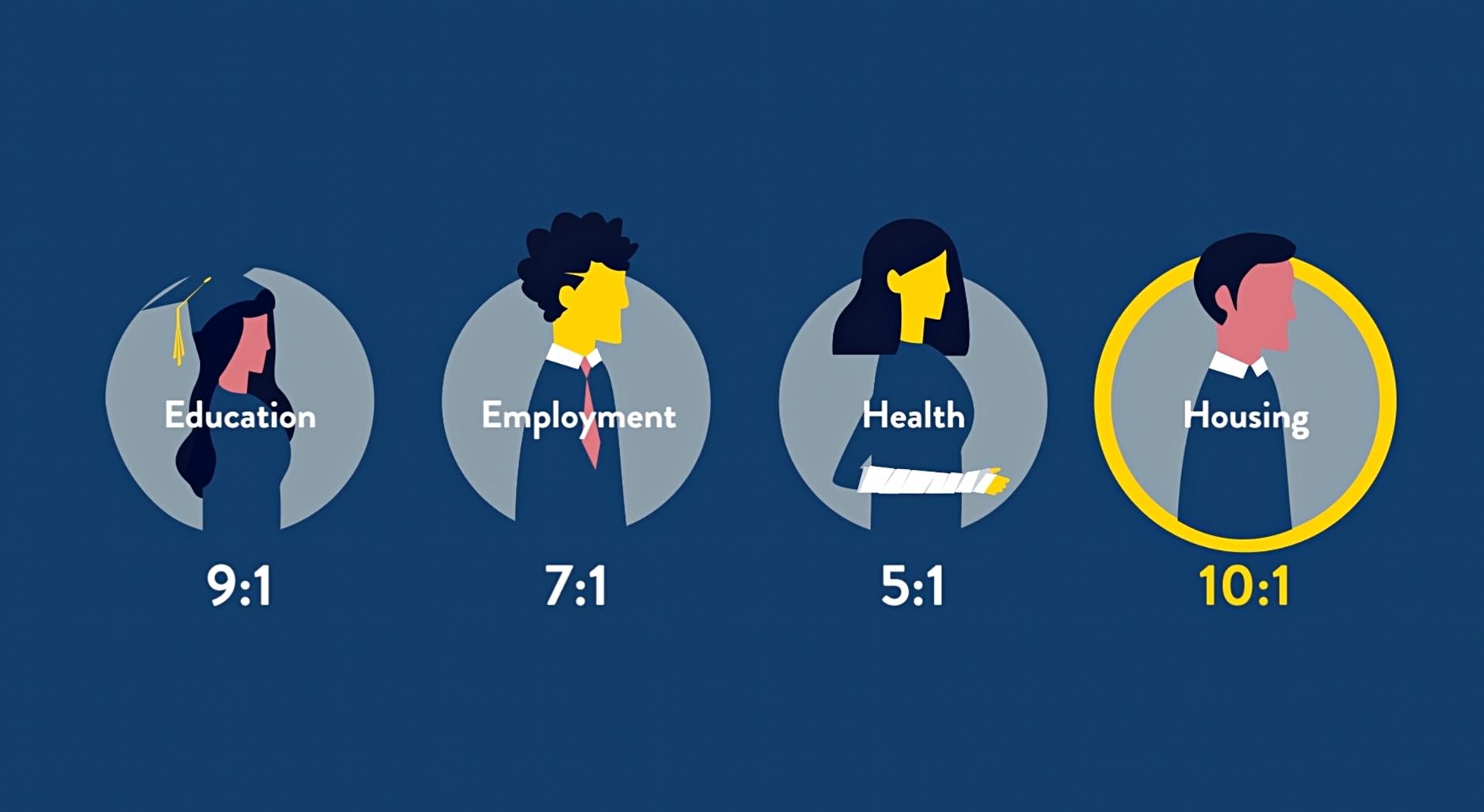 Through our metric-driven approach, Constellation uses the best available evidence to carefully value the measurable improvements that poverty-fighting organizations are projected to create for people living in poverty, an evaluation that results in a benefit-cost ratio used to help build a portfolio of nonprofits creating transformational impacts. On average, our grantees are projected to turn every dollar invested into more than $5 of poverty-fighting impact in our community.

Watch this short illustrated video for a simplified summary of how we uncover that impact by using evidence.

How We Build Our Metrics 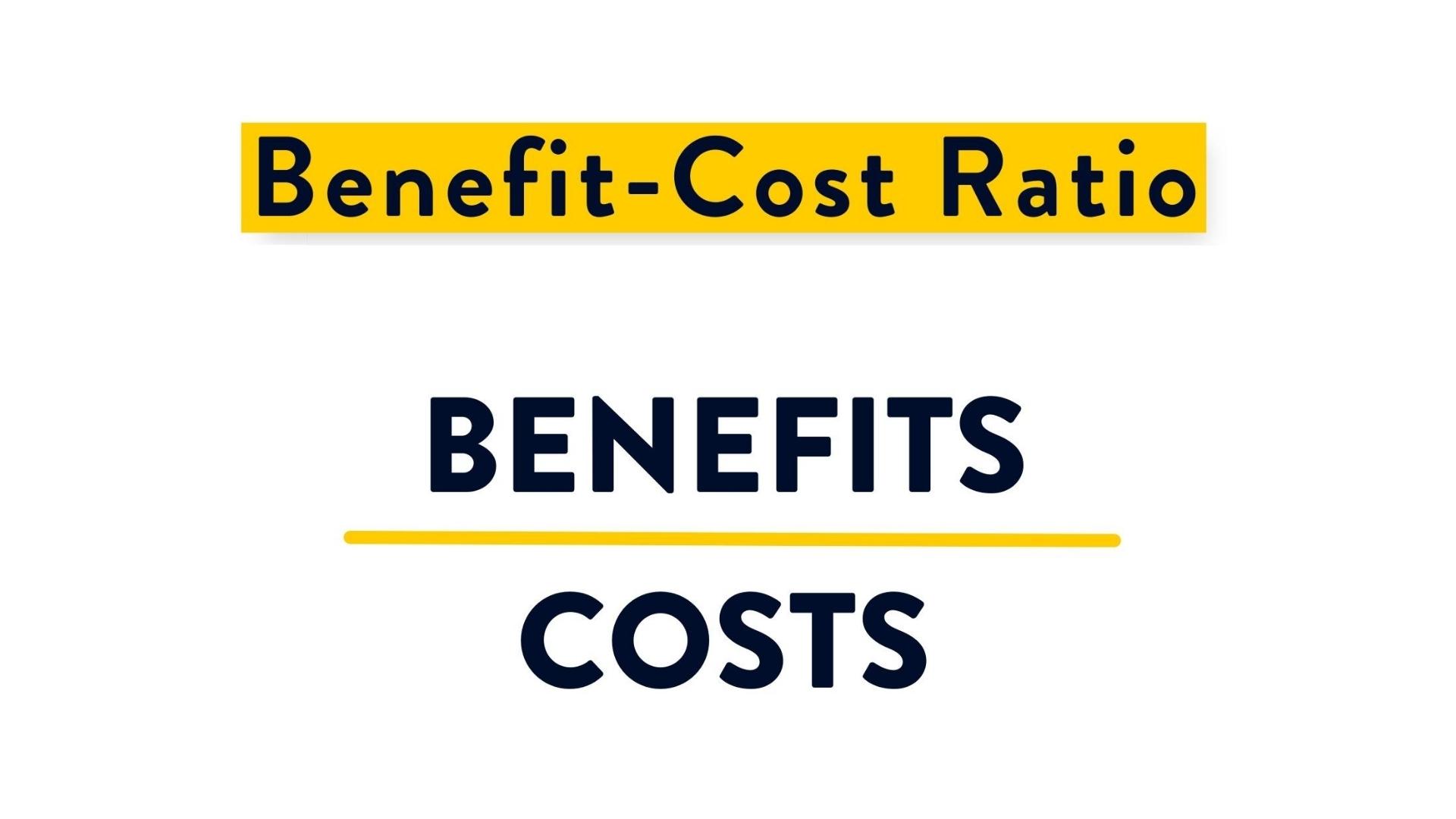 Constellation works alongside leading economists, researchers, and issue-area experts to identify and effectively leverage the best available information in order to build and refine our Metrics Evaluation Framework. This information comes from many different sources: peer-reviewed research, local demographic data sets, nonprofit partners, and beyond. That evidence is then carefully and continually incorporated into Constellation’s metrics.

This work requires considerable expertise. We employ an in-house economist and talented impact staff who draft and apply our metrics, all with considerable support from the Constellation Impact Council, a group of the state’s leading economists who help to bolster the integrity of our work.

The process of building and refining all of the metrics needed for a full evaluation can take six months – here is a brief video about how we do it.

Get more out of your generosity

Smart philanthropy is kind philanthropy. Working in collaboration with our partners, donors, and grantees, we work to shift the philanthropic mindset from feel-good charity to strategic investment by using the best available evidence and community insights to identify and invest in poverty-fighting programs that deliver the highest impact. We’re then able to build a portfolio of demonstrably-impactful grantees working across a broad spectrum of interventions to end poverty in our community. This work helps you get the most out of your philanthropic investments.

Constellation works alongside leading economists, research organizations, and issue-area experts to build and continually refine our metrics, which are used alongside on-the-ground qualitative insights to power our work. 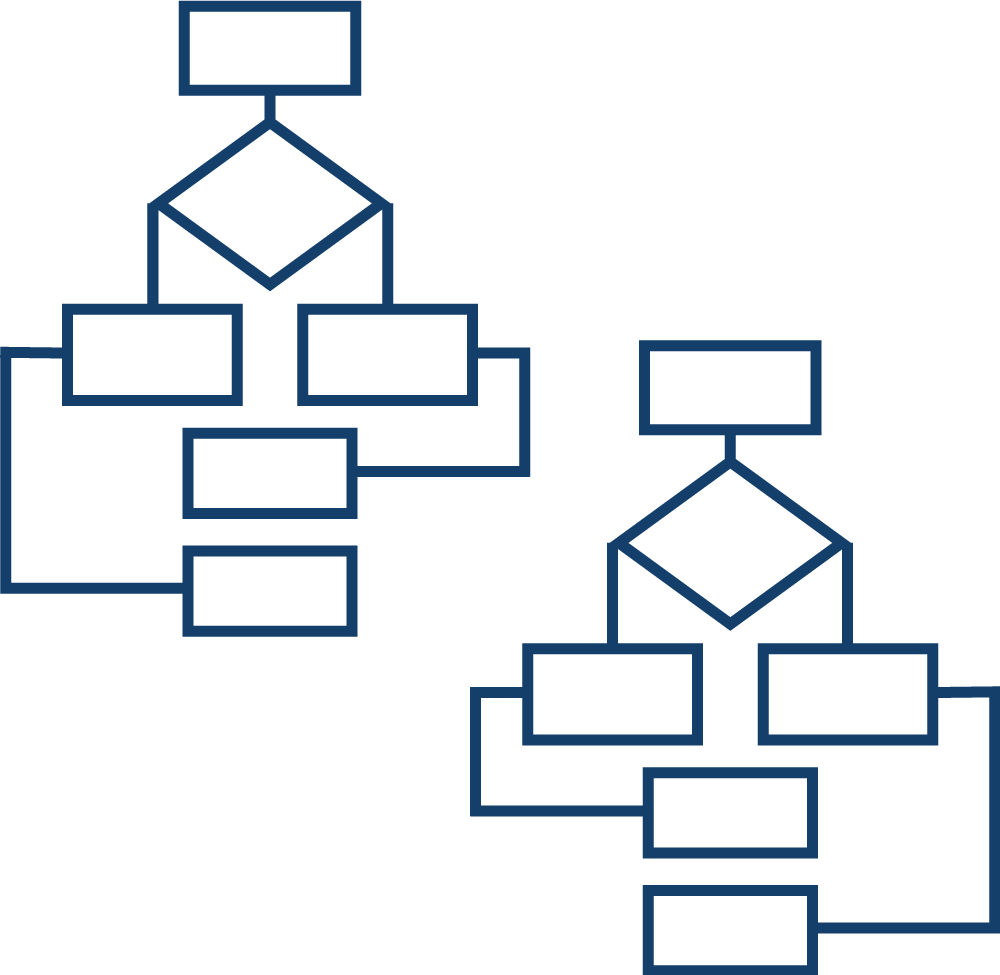 Why we build metrics

In philanthropy, the moment any donation is made, the donor has necessarily made a value judgment about every other critical service that could have been funded instead. At Constellation, we believe that informing these philanthropic decisions with the best available tools and information has a far better chance of leading to the lasting impacts that we all seek.

By using evidence to measure the projected quality-of-life benefits of a program, Constellation can then create a benefit-cost analysis for each prospective nonprofit grantee. This allows for comparisons between the poverty-fighting impacts of similar or dissimilar interventions, such as those of two different job-training initiatives or that of an early childhood education program to that of a housing program for homeless veterans.

Once Constellation has conducted these rigorous quantitative analyses, we carefully weigh them alongside qualitative considerations in an effort to allocate the resources of our donors to the programs with the largest poverty-fighting impacts.

CONSTELLATION’S METRICS ARE NOT

More About Our Metrics

At their core, each of Constellation’s metrics combine three key layers of information to create benefit-cost analyses that measure the expected long-term, poverty-fighting impact for every dollar we invest:

This information (and plenty more) is then carefully built into a metric with the following basic structure:

Constellation estimates as many of the poverty-fighting benefits of a program as possible using our metrics, then divides the sum of benefits by the total program and administrative cost to calculate a benefit-cost ratio.

The benefit-cost ratio creates a common scale, which allows comparisons of impact between otherwise incomparable outcomes.

Constellation estimates the expected benefits of a proposed program investment based on a general model of the value of the stream of expected future benefits for low-income individuals and families. Each metric seeks to estimate the net present value of outcomes for the participants in a program.

Program impacts are estimated based on evidence from evaluation results of individual programs or average effect sizes from several evaluations. Constellation compares the estimated benefits to the cost for an organization to generate these benefits. The result is a benefit-cost ratio that indicates the value of the poverty-fighting benefits received by participating individuals for every dollar used to run the program. Benefit-cost ratios can be used to compare similar interventions, as well as programs with otherwise non-comparable outcomes.

For a proposed job-search assistance program, Q1 would be its average expected impact on potential participants’ employment probability in the first year. Suppose the proposal is to assist 1,000 participants.

Pt would equal the average earnings among employed participants at t years post-program. Suppose this is $15,000 in earnings beyond what each participant would have received without the program, each year.

Then, our estimate of the value of the proposal’s benefits would be:

These assumptions apply to all the metrics in Constellation’s metrics evaluation framework.

Why Does Constellation Publish Its Metrics?

Constellation actively seeks input and feedback on and improvements to our metrics. We welcome community insights into new research to refine our metrics, ideas for new metrics, potential sources of data, and suggestions on how to refine and improve our methods. We value transparency and are committed to sharing the methodology behind our quantitative assessments. Lastly, we prioritize collaboration and are hopeful that other funders and policymakers will thoughtfully use these tools to inform decisions and help our communities move more effectively toward the shared goal of poverty alleviation.

Can I Conduct My Own Evaluations With These Metrics?

We encourage funders and policymakers to thoughtfully use these metrics. The process of estimating the poverty-fighting benefits associated with a given program is complex and labor intensive, and usually requires the careful adaptation of each metric to meet the specific characteristics of and available information on the program being evaluated. Put another way: Constellation’s metrics are not “plug and play” or “one size fits all” tools.

Effectively using metrics in the field involves a number of critical and interconnected steps. Constellation works closely with a given organization to develop an in-depth understanding of the poverty-fighting intervention, its processes, and its expected outcomes. We conduct a thorough literature review to verify that there is reliable evidence that the proposed intervention is indeed effective. We identify the characteristics of the populations targeted by the program to create baseline “counterfactuals” that serve as benchmarks against which to compare the outcomes. We determine and carefully organize the program data needed to apply the metrics, which varies based on the program. For instance, when a metric calls for the number of participants, a training program could provide the number of participants receiving the training, but Constellation would also need the average age, level of education, and the content and intensity of the curriculum, among other data; in many cases, these nuances are not explicitly called out in the metrics, so are the responsibility of our trained staff to identify and carefully include. Lastly, we work closely with leading experts – including a Ph.D. economist on staff and the group of leading economists on the Constellation Impact Council – to help ensure that the metrics are assembled and put to use accurately.

For their significant contributions to the development of our metrics, Constellation would like to thank:

Wilder Research, a division of the Amherst H. Wilder Foundation, is a nationally respected nonprofit research and evaluation group. For more than 100 years, Wilder Research has gathered and interpreted facts and trends to help families and communities thrive, get at the core of community concerns, and uncover issues that are overlooked or poorly understood.

Help us be brighter

We are continually updating and improving our metrics with new research, data, and insights, and we welcome your help. One of the reasons we post our metrics online is to encourage feedback – and pushback – from the many brilliant people in the Twin Cities and around the world.

Share your feedback and tell us of relevant research and useful data you think we should know about. If you see a way to improve one of our metrics, we want to hear about it.

Constellation supports poverty-fighting nonprofit service providers in the Twin Cities. Click below for information on our unique application process.